“notein” is the object that receives MIDI information

“noteout” is the object that sends out MIDI to other programs.

Connect the output of notein to where you want the MIDI to go. Usually the mtof object to then trigger a synth. 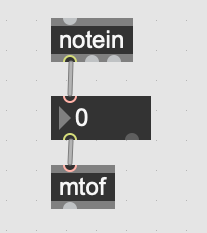 Lock the patch and double click the notein object. Then select from where you wish to receive MIDI: to Max 1 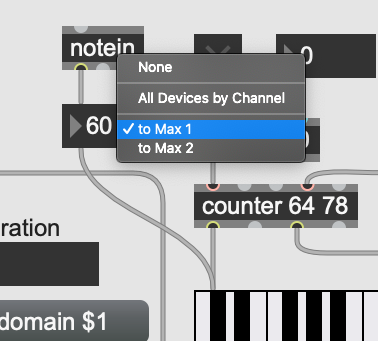 Setting up MIDI Channels on MAC with SuperCollider

run these lines in SuperCollider to name the MIDI output. 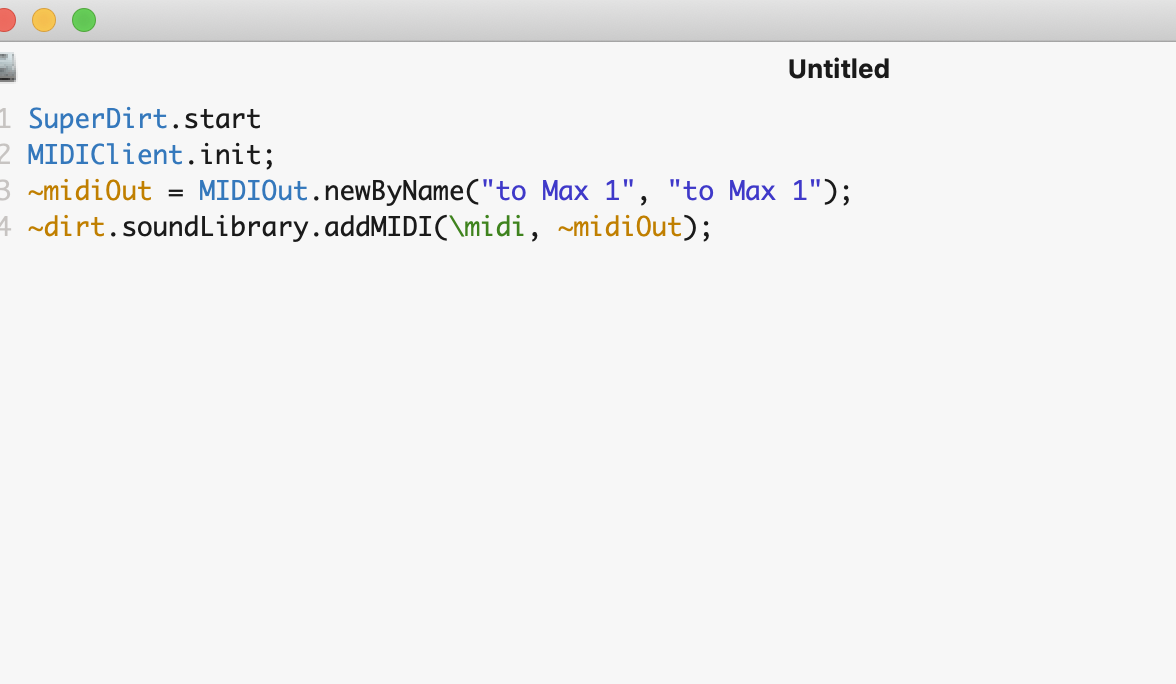 Now you can code notes and route the sound to the “midi” channel you defined in the SuperCollider. If you already have a notein connected in Max, after running a line like this you should be able to hear it played in Max.

Additionally you can create a second channel (d2) and route it to another MIDI output and receive it in a different place in Max to create “polyphonic” experiments.

You can transform those MIDI numbers in different ways and use them in creative ways to trigger different aspects of your patch.

Think outside the patcher!

Previous Lesson
Back to Course
Next Lesson
Login
Accessing this course requires a login. Please enter your credentials below!
Lost Your Password?